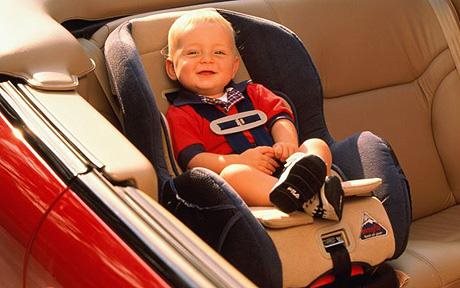 Laws regarding children are significant in terms of how they protect and give rights to children. In the past, childern have been barely viewed as entities in and of themselves. They were afforded few rights, and as such, they were treated poorly under the law.

Adoption has been practiced for ages, and was provided for under many civilizations’ legal codes. However, in the past adoption was focused on providing rights and power to the adopter. The American system was the first to implement adoption in its more modern form, under which the child being adopted is the primary focus of adoption laws.

American adoption laws were implemented in this form as a response to the exploitative practices that preceded them, when children were sometimes treated very poorly by the families to whom they were given. What had existed prior to the modern form of adoption laws were poor places for children to live and would be deemed horrible by modern standards. When the understanding of adoption shifted to a focus on the benefits for the child, adoption became viewed as the best possible means to find orphan children a good environment to grow up in, and adoption laws were reshaped to best serve those orphan children.

Adoption laws of the Western world derive from the same principles and are aimed to preserve the best interests of the children. This is part of the reason why modern adoption laws focus on ensuring that the potential parents will provide a stable, supportive, non-abusive home for the adopted child. Furthermore, the modern-day focus on secrecy within adoption laws arose from a similar desire to protect children from any problems arising out of their birth parents wishing to have them back.

Abduction in the criminal context is where a criminal abducts a child illegally for any number of terrible reasons, ranging from ransom to murder. However, abduction can also refer to the practice by which a legitimate parent of a child attempts to keep that child illegally. This most often occurs with regard to divorce proceedings, in which one parent may abduct the child to keep him or her if that parent believes that he or she will lose the child in child custody proceedings.

There are other circumstances that might surround this type of parental abduction, such as if a Government agency is coming to take the children into Government custody because the parent is considered an unfit parent, and the parent in question then abducts those children to avoid losing them. There have been instances when one parent might abduct a child to another country in order to avoid any chance of the other parent successfully achieving custody of the child in question.

In general, parental abduction is the most common form of abduction, far more common than criminal abduction. Some parents who attempt to abduct a child may go so far as to alter their child’s appearance, change their name with false documents, or take other measures to prevent the children from being discovered.

Most of the time, the circumstances surrounding a child abducted by his or her parent will be highly damaging and volatile, and as such, the child will likely suffer from some form of damage, be it neglect as a result of a parent focused more on evasion and less on the child’s health, or psychological damage as a result of being ripped away from any other family members and being forced to lie.

Child abuse is a widespread, international problem. A child is suffering from abuse when they are subjected to physical, psychological, sexual, or emotional harm. Maltreatment can have an extremely detrimental effect on a child’s social and emotional development. Abuse does not necessarily include physical violence.

There are various form of child abuse, including physical abuse, sexual abuse, psychological abuse, abandonment, and neglect. A child may also suffer from abuse if they are living in an environment in which their parents or caregivers are often intoxicated due to the consumption of drugs or alcohol.

All of these forms of abuse may cause a child to experience long term adverse consequences. Physical abuse may result in permanent physical damage to a child’s body, including irreversible deformities. A child who is suffering from this type of abuse may display indicators such as bruises, lacerations, or broken bones.
A child who is suffering from neglect may not be receiving adequate amounts of food or water, and as a result, the child may appear to be extremely malnourished or emaciated. Sexual abuse may also leave a child with physical indicators, such a bruising, cuts, and infections of the urinary tract. More often, sexual abuse leaves a child with deep emotional scarring. This is also a common effect of neglect.

As a result of these forms of abuse, as well as emotional abuse, a child may develop severe psychological issues. These may include depression, post traumatic stress disorder, trust issues, and the inability to form meaningful relationships with other people. These consequences may remain with an individual into adulthood and continue to affect their behavior long after the abuse has ended. These are just a few of the many possible effects of child abuse. There are a vast array of negative results of child abuse and neglect.

A variety of different national and international organizations have been developed in order to help prevent children from experiencing child abuse and neglect and provide care after the abuse has occurred. These organizations often focus on education as the primary method of prevention.

Many of these associations have developed programs that successfully teach parents and caregivers how to manage their stress and avoid aggressive behavior. They seek to raise public awareness about the causes, risk factors, and effects of child maltreatment. These organizations collect and distribute information to individuals and professionals across the globe.

Many states within the United States have developed legislation in order to help prevent child abuse and to punish individuals who are responsible for subjecting children to maltreatment. Child abuse has a long and troubling history. Although child abuse is now denounced in most places throughout the world, it continues to occur much too frequently. It is essential that individuals and organizations continue making strides to stop maltreatment and prevent child abuse and neglect from occurring.

Emancipation means that a minor will be able to sign a lease for an apartment or to buy or sell property. A child who has been emancipated will also be able to consent to medical treatment. Although an emancipated child receives many new rights, they also receive many new responsibilities.

In most cases, they will need to be able to provide for and support themselves financially. This means that they will have to have a steady income from employment, which may present a challenge due to the restrictions that the Federal labor laws place on the employment of minors.

A child who becomes emancipated will need to continue to uphold the laws of license for the State in which they reside. This means that an emancipated child will not be given the right to drink or to vote until they reach the State’s declared age for these activities.

Other ways in which a child is generally considered to be emancipated is when a minor is married or enters the military. However, in cases such as this, a minor’s status as emancipated will depend on the specific circumstances surrounding the case.

Foster care is effectively a truncated form of adoption, in which the foster parent fulfills a similar role to an adopter, but does not necessarily obtain as many rights as a full adopter. The system is designed to facilitate caretaking of the child until that child can later become fully adopted. A foster parent is legally certified, and therefore, will provide a safe and solid environment for the child.

Foster care is by no means a perfect solution for taking care of any given child, and children in foster care are often found to have a statistically higher risk of experiencing negative consequences, such as depression or post traumatic stress disorder. These disorders may be a result of the child’s prior experiences with a negligent parent, of course, which might have been the reason the child was placed into foster care in the first place.

In general, foster care does not lead to the best possible results for children’s growth, as children who grow up in foster care appear to have higher rates of suicide or homelessness than do most children. Indeed, some opponents of the foster care system claim that children may be less damaged by keeping them in a poor home than they would be if they were taken out of that home and put into foster care.

Obviously, there are some situations where this is not true, such as situations in which the child would be physically at risk by remaining in the home in question. However, as long as the child is not in direct risk of harm, then these detractors argue that keeping the child in his or her home would be better than placing him or her in foster care.

There is evidence that placing the child in a solid, happy, loving, adoptive home would be better than either other option. Since foster care may be a prerequisite to adoption, supporters argue that placing a child in foster care for a short period of time is worth the risk.

Family court lawyers should be involved in nearly all of the circumstances described above. They can be instrumental in drafting any contract that relates to the care of children. These documents include, but are not limited to, child support, child custody, and child visitation agreements, as well as drafting adoption papers and surrogacy agreements, filing for emancipation, and defending or pursuing a paternity suit.