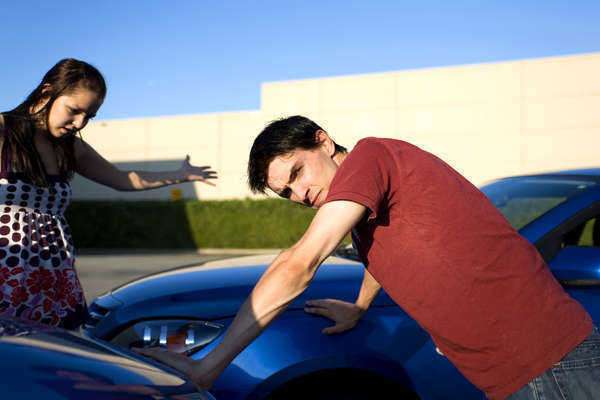 Passing one’s driver’s permit test or driver’s test and
earning a driver’s license is a rite of passage. While it does not confer upon
the person who receives it the full rights and responsibilities of adulthood,
and it certainly does not allow him or her to buy alcohol before the age of 21

As for the driver’s test to get a full license, this will
almost certainly involve both a written test on driving theory as well as a
performance test on a road course with a licensed reviewer. In some states,
such as Ohio, the driver’s test will also involve a maneuverability test that has the applicant
drive through a series of cones both with the car in drive and in reverse as an
added assessment of driving prowess. In case of a failure of an individual part
of the driver’s test, the child applicant will be able to retake that failed
section again after a certain amount of time has elapsed.

As noted, the age by which juveniles may first sign up
for a driver’s permit test varies from place to place. In North and South
Dakota, for example, one as young as 14 can earn a learner’s permit, while in
New Jersey, a teen must wait until 17 to become the owner of a provisional
license. As for a driver’s license, usually the wait is longer, with the range in ages for those who may get a license spanning 16 to 18
for most states.

There are states, meanwhile, notably New Hampshire, that
do not have a learner’s permit program, and others that automatically confer
the rights of a license to those who pass the needed tests. For those states
who fall into neither of those categories, a graduated driver’s license system
is a popular option, in which the young driver moves between a permit, a
provisional license, and a full license. The privileges for each stage varies
the higher up you go.