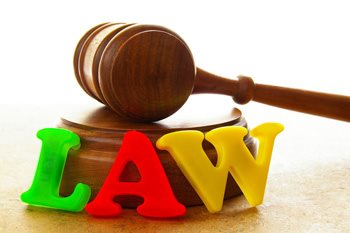 In centuries past, a juvenile might have been convicted in a criminal court and sentenced to prison as an adult would for an imprisonable offense, possibly even being forced to work in a separate camp especially designed for juveniles. The primary focus prior to the 19th Century was for children who had done wrong to be punished and detained, rather than to be rehabilitated or educated during confinement.
In terms of preparing a “juvenile delinquent” for life outside of a cell, this did little good or perhaps even made things worse for the world out there. Though prison is designed as a consequence and a deterrent, for many juveniles prison was merely a catalyst for turning a child into a life-long criminal.
Speaking of the term “juvenile delinquent”, it should be noted that the origins of this term reflect a critical mindset of some approaching culpability for a child’s actions. Of course, a child’s willful actions are ultimately of his or her doing. Still, as minors are not considered responsible enough to make many of their own decisions, crimes by juveniles are usually considered from a larger societal perspective, namely in that they are a symbol of the failure of parents and whole communities to protect their children.
Rather than pointing the finger at the child, Americans are prompted to think about juvenile delinquency in terms of shared responsibility for what has happened to the child rather than what wrongdoing he or she has perpetrated.
Not all proceedings of juvenile law are related to children breaking some sort of codified standard. Some young children may be considered for the protection of these courts based on their needs, especially those that are financial in nature or may adversely affect a child’s nutrition and health. Some juveniles, meanwhile, may be tried in juvenile courts for “status offenses” that are not applicable to adults, such as underage drinking and smoking. In short, there are a number of reasons why children might be summoned to a hearing regarding their conduct and their living arrangements.