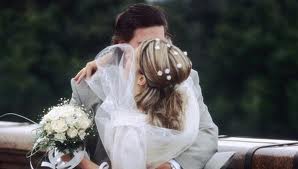 Current day bridal kidnapping often relates to young women who are considered to be children. Bridal kidnapping usually involves the kidnapping of young women because the kidnapper cannot afford a dowry for the girl’s family. To kidnap a young woman for marital purposes are technically against the law in most countries, but these laws at times are not enforced.
A young woman who is kidnapped will also likely be raped repeatedly. The lack of virginity makes her an undesirable marital candidate and the family of the girl will usually then agree to the marriage as a way of protecting their daughter in case of a pregnancy.
The kidnapping of the girl and loss of her virginity will also drive away other suitors so the family will use the logic that no other husband will be found for her. Rather than risk the shame of an unmarried daughter they agree to the marriage.
To kidnap a young girl for marriage will put no social stigma on the head of the kidnapper. In fact, some countries like Rwanda will host a marriage ceremony after the kidnapper returns the girl to her family if the family grants permission. At this ceremony, the kidnapper will request forgiveness of the parents for the kidnapping of the girl.
Although considered to be traditional customs, these rituals exist in modern day marriage by capture. Other countries have modern day rituals that are performed as well.
In Kyrgyzstan, most young women are married through some form of kidnap. The kidnapping of these young girls may be illegal yet socially accepted. In Kyrgyzstan, the ritual of kidnapping a wife is different than those in the African countries.
In modern day society in some countries, the kidnapping of young women to take as child brides are still a popular custom. While countries like the United States may be horrified at the thought, other foreign countries find this practice common.