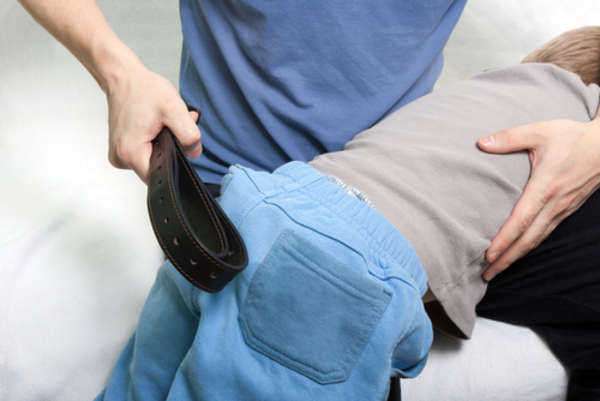 Unlike with the various child abuse types, discipline is
used in order to alter or change a child’s behavior and is exacted out of love
and the desire of parents to help their child recognize right from wrong.
Discipline is not carried out with malicious or cruel intent. The intent of the
action is just as important as the severity of the action and the damage that
is caused. Although some parents may carry out extreme forms of disciplining,
they do not intend to cause physical harm or emotional scarring to the child.

While victims of child abuse may experience extreme
bruising, deep laceration, swelling, and fractures from physical abuse, a child
who is being disciplined may receive a quick spanking. Despite this difference,
there is still a great deal of controversy as to whether or not a parent should
use spanking as a form of discipline. Whereas all child abuse types result in a
child thinking negatively of himself/herself or damaging normal psychological
and social development, disciplining encourages social and pedantic
development.

Victims of child abuse are often beaten, verbally
attacked, or
threatened on a regular basis for no apparent reason. Discipline should be
carried out occasionally and in direct response to a negative behavior that was
displayed by the child. Victims of child abuse are frightened into obeying a
parent or a guardian and acknowledging their control. On the other hand,
discipline seeks to teach a child what is right from what is wrong so that they
may eventually be independent of their parents.